Whatever happened to the good old fashioned department stores of yore? The ones where they called you madam and there were delicate little chairs at each counter for madam to perch on as she discussed her order with the attentive black- dressed assistant.

The ones where you could buy (and have delivered) anything from a pin to a grand piano with everything and anything else in between. Such department stores used to be found in every large town and city throughout the country. In Cardiff there was Howells, in Bradford Brown, Muff and Co, Manchester had Kendal Milne. London had several including Harrods of course, as well as Liberty’s, Whitely’s and Dickins and Jones.

A few, a brave few of these traditional department stores, do remain although almost as tourist attractions and tending to be owned by large overseas conglomerates rather than the families who used to own and run them.

I well remember the thrill of entering a large department store in Edinburgh: the door was swung wide for us by a uniformed commissionaire who touched his cap to my mother and gave every indication that she was known to him and her custom appreciated. She nodded regally. I was impressed. I was even more impressed when taken for a half term treat of lunch in the dining room of a large Glasgow department store. While we consumed our meal, beautiful models wandered coolly around the tables in a range of expensive outfits and elegantly displayed key features such as velvet lapels or fan pleated skirts for our awed pleasure. These shops did more than sell goods: they sold us on luxury and pleasure: they made us feel special.

Often beautiful, these old shops were almost theatrical in ambience. It was only when I began to work in one as a summer job in the 1970s that I realised that there was very much a backstage and a front of house. I could see clearly that the assistants were performing a role for the public but also that they had stories of their own. Each department was a venue for a drama, each customer and staff member a potential audience or actor. Of course, this potential had already been spotted and used by the 1970s sitcom “Are you being served” but, with its focus purely on comedy, a great deal was overlooked.

We had such fun there despite what now seem incredibly outdated rules and regulations. We weren’t allowed to sit down, forbidden to fold our arms and banned from saying “Can I help you” to customers (too off-putting apparently.) The senior sales assistants (but not us juniors) were on commission and earned a massive 1p in every £2.40! The January sales were a time to dread: just looking at the tidal wave of ladies intent on bargains rushing down the department towards us was terrifying. This was mitigated by the laughs we had: calling each other ridiculous names in front of customers without smiling, sabotaging tasteful displays, treasure hunts around departments, complicated April fools tricks, and other examples of youthful exuberance. I’m sure the Gransnetters have many similar tales as customers and staff.

Why did these lovely stores decline from the late 1960s to 70s? Was it because we were seduced away by the proliferation of “boutiques” for our trendy clothing? The explosion of very modern chain stores on our high streets? Were the old department stores too hopelessly difficult to update? Most likely a combination of all these in conjunction with the dire economic times prevailing.

I miss them now there is nowhere left to call me madam.

What next after the incredible launch of the book last week?

I have other bookings too just waiting for exact confirmation as to date/time. I’ll post them as they are clarified.

If you’d like me to come and talk at/to your group please contact me on janetulloch@comelybankpublishing.com. Tell your friends! 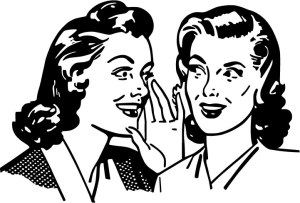 14th January 2016 at Blackwells bookshop Edinburgh was the place to be. What for? The launch of “Our Best Attention” of course.

There was a huge turn out of family and friends but also, scarily, lots of people who had booked via Blackwells and Eventbrite : strangers!  However the evening got off to a good start with an intro by Gordon Lawrie publisher supremo at Comely Bank Publishing then Q&A with that Jane Tulloch wifey. i.e. me. Banter commenced! Many points were covered including the ups and downs of the writing and publishing process.

A terrific and unexpected development was the contribution from the floor  of all sorts of reminiscences of times in a large old fashioned department store like the Murrays one featured in “Our Best Attention.” We heard about deliveries above and beyond the call of duty and the dark times of a scone thief!

The book signing that followed went on for longer than I’d believed possible and it was most enjoyable meeting and talking to the lovely people that bought books. Lots and lots of books. Thank you readers, Blackwells, and most of all, Gordon and Emma from Comely Bank Publishing.

Baz is looking so cheerful because the new year is off to a flying start: the book will be published on Monday 11th January and the formal launch will be at Blackwells bookshop, 53-62 South Bridge, Edinburgh on Thursday 14th January. Over 100 people have booked in so we’re in for a busy evening. It is wonderful to think that so many people are interested in “Murrays- department store of distinction!”

The book is now also available for download on Amazon.